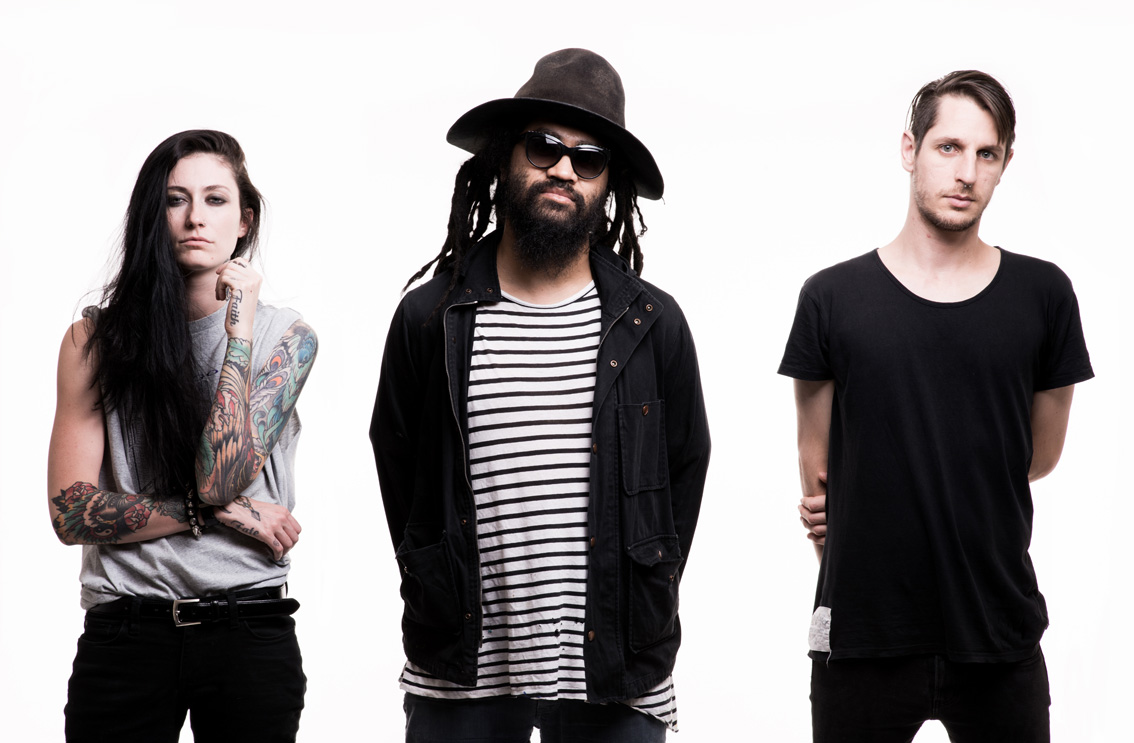 FALSE FLAGS was written more than a year and a half ago as a PEOPLE POWER PROTEST SONG because there was a sudden need for ‘the people’ to rise up against this rolling trend of Governments who were now pretty much open about governing for their friends; the bankers, corporations and big business.

So now this song finally gets to see the light of day in a time where Australia has quickly sunk to such a low point that many of us would never had thought was possible.

If you don’t understand the term ‘FALSE FLAG’ then google it and you’ll quickly learn that everything we think we know is probably not really as it seems. We all need to keep searching and never take what you get fed by politicians and the news media as gospel. The Internet is a vast resource of information and it doesn’t take long to work out when things don’t seem to add up.

So as a soul punk band we are proud that this ‘protest song’ will most probably grab most people by the jugular, but like all punk music we don’t want to pretend that it’s a holiday out there for many people in our world. We have a voice and we want to play our part in getting that message across any way we can!

We are standing up for those who are living way below the poverty line, those with mental illness, our mistreated indigenous people, the abused children and war! We stand against domestic violence against women, we stand against homophobia, racism against all races regardless of skin colour or religion and we stand against this government’s lack of caring for the old and the weak in our society who need our help.

But until we as a creative community come together to start expressing what lays deep down below and bring it out into the open we are never going to fully understand our true purpose in this world. And unfortunately for those worst off than us, they will never get the opportunity to get a start at life like they deserve to.

So lets all unite and do our bit to turn the dark to light, to make the wrong right and together we can set this people power revolution alight!

DEAD KENNEDYS (USA), THE HI-FI, SYDNEY 05.10.2014
After a hot day in Sydney, the wind picked up and I just knew tonight’s gonna be killer at the punk rock show. The Aussie bands on the bill are all beside themselves as they get to share the stage with their idols, THE DEAD KENNEDYS, coming all the way from sunny California.

First up on the bill was Sydney three-piece, FAIT ACCOMPLI, which I am to believe, is French for accomplished fact. These guys go by the soul punk moniker, which I’m new to and it worked really well here.

At first there weren’t too many people at the front of the stage, but that soon changed after one song. The sound here was really loud when they took the stage. Maybe it was because of how close I am, but it’s funny to see the security guards all block their ears one by one, as if taking part in a Mexican wave.

The band really got into it and the sound seemed to improve. Female drummer, the beautiful Ms Skarlett Saramore, who reminds me of a young Demi Moore, could teach a few guys a thing or two about hitting the sticks. Taking her top off early set, Skar was playing at pretty fast speed in her defence. These guys were real tight musicians. The guitar work of Mr Ray Lalotoa, with his distorted solos accompanied by his punk yet soulful vocals really gave FAIT ACCOMPLI an edge. What I like about these guys is that their music was different, in the way they blend bout soul and punk together. This mash up of genres seems to come naturally to them.

The fourth song of the set started out soft but got into a really rocking beat, which got my head banging. FAIT ACCOMPLI really picked up the pace here and the last song of the set got the band thrashing out. Crowd favourites were the new single ‘End of the World’ and people power protest song ‘False Flags,’ which is very relevant to everything going on right now with our fucked up government.

Having never heard FAIT ACCOMPLI before I was happy that now I have and it just goes to show some great talent is in our own backyard.
http://sfmedia.com.au/dead-kennedys-supports-sydney-gig-review/

SEBADOH (USA), FACTORY THEATRE, SYDNEY 22.04.2014
Fait Accompli hit the stage with conviction and passion. Unknown to this reviewer, their set was blistering and intense. The first song took you on a journey that in itself seemed like a microcosm of your average tempestuous relationship; the troughs, the dizzying heights. Vocalist and guitarist Ray Lalatoa’s sweet, gentle vocals floated above the stormy undertow of frenetic bass, drum and guitar maelstrom that provided an interesting juxtaposition. Kind of like a good sweet and sour. The rest of their set flowed nicely and the energy barely let up. One to watch out for. http://goo.gl/kWudH2

FEATURED LIVE REVIEW ///
SUGAR ARMY ALBUM LAUNCH, GOOD GOD, SYDNEY 18.10.2012
Kicking off the show was locals Fait Accompli which are a magnificent mix of garage rock and indie rock. The howling vocals and the furious drum beats created such a sound in the tiny room, there was a need to take a break outside. There are no negatives in the how loud they were; it felt like they needed to be that loud, any softer the band could sound drowned out by each other.  The drumming was like watching a seasoned metal drummer and perfectly backed up by the intense strumming by bassist. The frantic strumming and virtuosos of guitarist was something to be astounded by. Definitely watch out for Fait Accompli in the future years.
http://alternativemusichub.com

While the crowd at this point was fairly thin on the ground, this didn’t stop the band from delivering a heavy and soulful set to all those who made it out early, leaving the stage an amp-ringing mess.”
The Music

“This band continues to be AMAZING”
Music Feeds

“The full force of what good music should be: transcendental and able to take the listener away to somewhere altogether better”
Faster Louder

“A hard act to follow if any…”
Drum Media

“Ride lopes along, swept along in the wake of all that came before it”
Rave

“Fait Accompli are probably one of the most promising bands to emerge from Sydney in a long time”
Jane Gazzo, Channel V

LIVE VIDEO ///
GET WHAT YOU WANT / FALSE FLAGS
Filmed by Oscar Colman at The Great Northern, Byron Bay

LIVE VIDEO ///
GET WHAT YOU WANT / FALSE FLAGS
Filmed by Oscar Colman at The Great Northern, Byron Bay