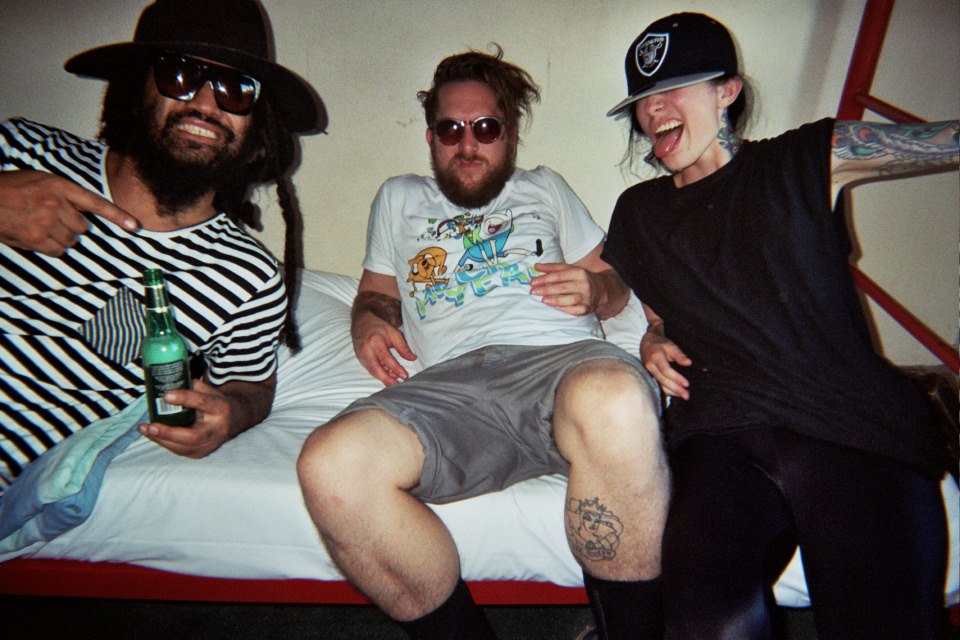 Thanks to Ariana Pelser at Heavy and Weird – a blog about music, politics and art for the sweet review. Check out our friends The Chitticks too!

Later on, Fait Accompli took the stage without ceremony, greeting the crowd with a wall of melodic, staccato guitar sound underpinned by thrashy kick to snare combos and driving bass. Singer/guitarist Mr Ray projected a measure of mystery from underneath a wide-brimmed black hat while surprisingly soft vocals floated across a landscape of gutsy, punky, distorted guitar melodies. Suddenly kicking up the volume and squalling a vocal storm, repeating the phrase “i wanna know” into the microphone, Mr Ray proved his throat worthy of the mix of styles portrayed by a clearly unique act.

From song to song punk standards appeared to blend with surf, blues, soul and rock, leaving the listener with no room for boredom, but also very little leverage with which to understand the landscape of the Fait Accompli sound. Having one or two prior shows under my belt, or possibly a CD in my car pre-show, may have better prepared me for the intermingled and constantly shifting vibe of the act.

There were some impressive constants however, above and beyond the general and obvious talent of the members. Mr Stokes (bass) kept up the myth of the bassist; consistent, powerful and with a capacity for aural reliance, his bass throb throughout the night could not be missed.

To say Fait Accompli were an energetic act is something of a paradox. Mr Ray and Mr Stokes managed a few moves in their performance, making use of a nicely sized stage floor, but ultimately could not be described as being energetic, rather, atmospheric. However the unexpected but undisputed star of the show had to be Ms Skarlett, wielding her sticks with the kind of confidence, versatility, flair and power expected of top international acts. Her unfailing energy and charisma left the audience breathless and cheering for more.

Overall the Fait Accompli performance left nothing to be desired; entertaining, atmospheric, energetic and interesting all at once. Yet somehow the mix of mild and massive left me craving a more consistent sound. On the other hand, I may well have just been selfishly wishing they played a few more songs.

WORD ON THE STREETS!! MYSYDNEYRIOT View all posts by web editor